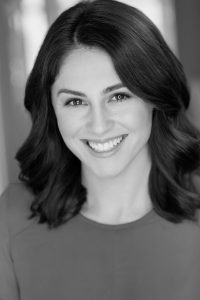 Brittney grew up in Cranston, RI and has loved singing for as long as she can remember. As a child, she loved singing Disney music and had her first voice lesson at 15 years old. She discovered a love and passion for Musical Theatre which led her to Wagner College, where she received a B.A. in Theatre Performance. Since then, Brittney has appeared in the Northeast Premiere of Witches of Eastwick at Ogunquit Playhouse and most recently, the World Premiere of Dolly Parton’s Smoky Mountain Christmas Carol at the Emerson Colonial Theatre in Boston. She has also spent many years as a vocalist and performer with the Walt Disney Company, performing in the live shows aboard Disney Cruise Line and at Walt Disney World.

Brittney has also spent some time with The Wheeler School’s Summer Camp program. She worked with campers of all ages as a Music Specialist and also directed The Jungle Book Jr. as a Musical Theatre Specialty Camp teacher.

Where you were born & grew up- Cranston, RI

Favorite Music to Listen to- Pop, rock, or showtunes

Something most people don’t know about you- I’ve lived/worked in many different cities including Toronto, Orlando, NYC, and Boston!

Other hobbies & interests- I host/DJ musical bingo 3 nights a week.

Fun fact- I once performed the National Anthem at a Boston Bruins game!