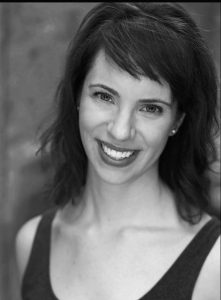 Ms. Wilcox has over twenty years of teaching both voice and piano to a wide range of students and diverse repertoire. While living in NYC performing and auditioning, she taught private voice and piano lessons in Manhattan and Westchester County.  Prior to moving to NYC, she was a member of the extension faculty at both Wellesley High School and Needham Public Schools as a private voice instructor in Massachusetts. She has also operated and taught out of her home studio – TheWilcoxStudio – wherever she has lived over the last 12 years.

Sacred Works Include: Haydn’s Mass in Time of War, Mendelssohn’s Hymn of Praise and Handel’s Messiah.

Ms. Wilcox currently resides in Beverly, MA, and is working on her first certification in Estill Vocal Technique.

Birthday: July 10th
Schools Attended: Longy School of Music of Bard College, Gordon College, Cabrillo College
Instruments You Teach: Voice & Piano
Favorite Music to Perform: Musical Theatre, Choral, Chamber, Opera
Favorite Music to Listen to: Musical Theatre, Opera, Symphonic Metal, Rock, Pop, Top 40 – anything by Madonna, U2, Gaga
Something most people don’t know about you: I learned how to drive a tractor at age 10
Other hobbies & interests: Outdoors, hiking, cooking & eating, movies, seeing live theatre
Where you were born & grew up: Born in San Jose, CA – grew up in Santa Cruz CA
Practice Tips: Be gentle with yourself. Take breaks and change it up.  If you’re stuck on something, pivot to doing something else and come back to it. Carve out time in your schedule for practicing so it doesn’t stack up before your next lesson (speaking from experience!). 😎