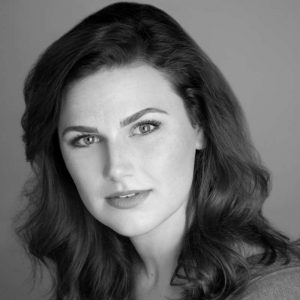 Jamie Shannon Ferguson is a Boston based singer, actor, and teaching artist from Clinton, Mississippi. She graduated May 2018 from The Boston Conservatory with a Master of Fine Arts in Musical Theatre. She also holds a Bachelor of Music in Vocal Performance from Mississippi College.

As a performer, Jamie Shannon has recently appeared as Diana in Next to Normal (The Longwood Players), Amy in Theory of Relativity (The Boston Conservatory), and as a resident company member at College Light Opera Company.

Jamie Shannon is also a teaching artist specializing in teaching voice, dialect coaching, and acting coaching. Most recently, she served as the Department Voice & Speech Teaching Assistant at The Boston Conservatory where she served as a private tutor and an assistant dialect coach for various productions.