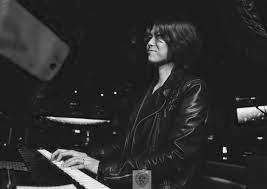 Masataka (Masa) Yamamoto is a keyboardist, composer and artist based in Boston, Massachusetts. Starting at the age of 3, he attended the Yamaha Music School in Japan and has played the piano ever since.
His educational experiences in Japan include the Koyo Music Conservatory, where he studied jazz theory and jazz piano. It was then that he started actively performing.  After graduating, he was given a full scholarship to attend Berklee College of Music.  The musical styles that intrigue him the most are jazz, R&B and funk.
He is now a full-time musician and has played with many artists, spanning a wide array of genres. He also works as a session musician and performer at countless events and venues on the East Coast.
Birthday: August 27Schools Attended: Yamaha Music School, Berklee College of Music Instruments You Teach: PianoFavorite Music to Perform: Neo-soul, R&B, funk, reggae, jazzFavorite Music to Listen to: Neo-soul, R&B, reggae Something most people don’t know about you: I like fashion, collecting vintage clothes, and I also like soccer. I actually received a soccer scholarship in Japan but I decided to do music instead. Where you were born & grew up: Born and raised in Toyota City, Japan. Heroes: D’Angelo, Erykah Badu, Bob MarleyPractice Tips: It’s important to play the instrument every day and listen to lots of music. Recording yourself to hear back how you sound is also the best way to get better!