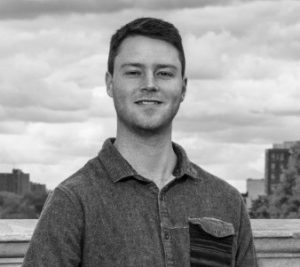 Robert Bell has been performing and teaching piano and guitar for over twelve years. A Native of Southern California, he has been active in the West Coast and Northeastern music scenes as a guitarist and instructor in a variety of styles. Robert began his musical studies as a child, learning the blues, jazz, pop, and rock standards that we have all grown to love. As a classically trained musician, Robert holds a Master’s of Music Degree from New England Conservatory of Music and a Bachelor’s of Music from University of California in Music, both in guitar performance. He has performed in masterclasses with internationally recognized musicians such as Andrew York, Benjamin Verdery, Joaquin Clerch, Maryanne McCormick, Michael Nicolella, Freddie Bryant, and Lisa Saffer. Robert spent his time in Boston studying classical guitar with internationally renowned virtuoso and guitar revolutionary Eliot Fisk and jazz improvisation with saxophonist Dr. Brian Levy. In California, he worked with Grammy award winning classical, Celtic, and steel string guitarist William Coulter, and Turkish guitarist and composer Dr. Mesut Ozgen. Also while on the west coast, Robert was the recipient of the Matthew Wynbrandt Guitar Award and Nicole Auclair Memorial Award, awarded to the most dedicated and promising musician at the University of California at Santa Cruz. Robert has also studied music theory, music history, Indian and African music, contemporary songwriting, and jazz/classical composition.  Mr. Robert is familiar with the RCM examination system and prepares students on both piano and guitar for the examination process.

Something most people don’t know about you: I grew up in a military family! My father was a Captain in the Navy as a helicopter pilot.

Where you were born & grew up: Born in New Orleans, grew up in San Diego

1. Listen to yourself! It takes different parts of your brain to listen, play, and analyze the music you’re interacting with and all of them are of equal importance!

3. Practice the phrase backwards! It engages your brain in ways that haven’t been triggered before. The results will surprise you! Practicing in different keys applies similar concepts.

4. Mental Practice! (with just the score/aurally in your head)