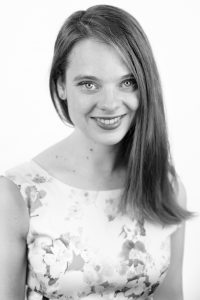 Rose Hegele (she/her) is a Boston-based musician who explores the extremes of human vocal and artistic expression in 20th and 21st century music. Active in several genres including contemporary opera, chamber music, musical theater and choral singing, Rose sings to create a healing space to allow humans to embrace their complexity and humanity. Recent highlights include performing the roles of “Linda Lampton” and excerpts from “Gloria” in workshops for Tod Machover’s opera VALIS and a solo recital on Illuminate Women’s Music’s 2021 virtual concert series.

Dedicated to service and education through artistry, Rose was an Artist-in-Residence at the Frost School of Music in March 2022, the Wildflower Composers Festival in 2021, and Clark University in 2019 and 2020 where she collaborated with student composers and gave masterclasses on writing for the voice. She has presented workshops at Boston Singers’ Resource and Ziksa – An Art Forum on approaches to extended vocal techniques and the art of collaboration.

A collaborative tour de force, Ms. Hegele is committed to working with others in diverse musical environments. She is a founding member of Peridot Duo and Into the Light Ensemble, and sings with Nightingale Vocal Ensemble, Vox Futura, Sound Icon, et al., and the Tanglewood Festival Chorus. She holds a Master’s Degree in Contemporary Classical Music Performance from the Boston Conservatory at Berklee and a Bachelor of Music Degree in Vocal Performance and Musical Arts from the Eastman School of Music.  Rose has also accomplished the Royal Conservatory of Music piano examinations.

Schools attended: Berklee College of Music, Boston Conservatory at Berklee, Eastman School of Music, the Taylor Academy at the Royal Conservatory of Music

Favorite music to perform: Everything from the avant-garde to western classical opera and choral music

Something most people don’t know about you: I did a musical arts degree major at Eastman on the intersection of Icelandic popular music, economics, and cultural identity. As part of my degree, I went to Iceland for 3 weeks during the summer of 2015 where I took an Icelandic intensive language course, and I still remember how to order tea with milk in Icelandic: Ég ætla að fá té með mjólk!

Where you were born & grew up: Born in Vancouver, Canada and moved to Toronto, Canada for high school

Practice Tips – Write down your goals before your practice! I like to start by looking at longer-term goals (e.g. perform and memorize  a new song for my end of year recital), and then breaking them down into mid-term (e.g. have notes and rhythms on an [a] vowel solidified for my lesson in two weeks) and short-term goals (e.g. practice on the tricky rhythm and pitches from measures 13-16 on a neutral syllable today). Having the perspective of the long-term helps to refine my mid-term and short-term goals, and having short-term goals helps me to focus and practice intentionally.