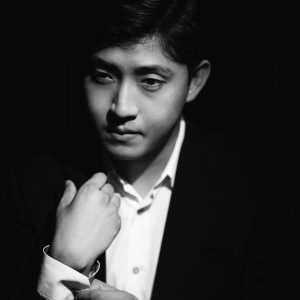 William Kim began his piano studies at age six, giving his first live performance the same year. He received his Bachelors of Music in Piano Performance at the Cleveland Institute of Music, his Master of Music degree at Boston University, and Performance Diploma from the Manhattan School of Music under the guidance of Olga Kern. He has frequently performed in masterclasses with renowned masters including John Perry, Boris Slutsky, Gary Graffman, and Leon Fleisher. William has won several piano competitions nationally including first prize in the senior division in the Philadelphia Youth Piano Competition as well as second prize in the Delaware piano competition for young artists. William made his concerto debut with the Philharmonic Orchestra of the University of Alicante in Perugia, Italy and also performed in major halls across the United States including Carnegie Hall and at the Kimmel Center for the Performing Arts in Philadelphia. Currently, William is pursuing a Doctoral of Musical Arts degree in Piano Performance at Boston University, studying with Pavel Nersessian.

Something most people don’t know about you:

Where you were born & grew up: Philadelphia

Practice Tips: Having Patience and remaining focused goes a long way in achieving your goal